The world is currently witnessing the highest levels of displaced persons in history. People are being forcibly displaced all over the globe for reasons including threat of war or persecution, discrimination, or climate change. According to the United Nations High Commissioner on Refugees (UNHCR), there are nearly 70.8 million displaced persons globally in 2020. 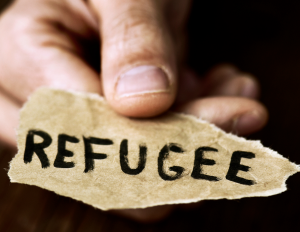 A refugee is a person who has been forced to leave their country in order to escape war, persecution, or natural disaster. There are nearly 26 million refugees globally according to UNHCR in May of 2020. Nearly 1 person is forcibly displaced every two seconds.

Watoto Read’s mission is to resource and advocate for the education of children and young adults living in refugee camps in Sub Saharan Africa.

You can read the most recent African Regional Summary Report for 2018-2019 from the UNHCR here https://www.unhcr.org/en-us/publications/fundraising/5a0bfe697/unhcr-globalappeal-2018-2019-africa.html